At Asha-Kiran, we understand that poverty is mainly a dearth of choices in life. When people have no opportunities to choose their future nor to develop their aspirations, they are denied their basic rights as human beings. Due to the need to create opportunities, the main beneficiaries of our social endeavors are children from unprivileged classes in India, their family backgrounds and communities.

We are committed to accompany them and to support their lives and hopes, to provide alternatives to the disregard for their rights, neglect, indifference and abandonment. Our Projects are based on the creation and implementation of programs that generate decent and self-sufficient living conditions, while promoting and consolidating spaces where children, families and communities have the opportunities and resources that will enable them to improve their quality of life.

Join us in this beautiful undertaking.

Origins How did Asha-Kiran come to be?

Asha-Kiran (Ray of Hope in Hindi) was born out of a ‘personal need for transpersonal action’ on the part of its founders, and took shape after Uttam Módenes, during his many travels through India, received countless petitions for help from many people who wanted to lead a better life.

Realizing the impossibility of carrying out actions of real support which could be sustained over time without a minimum infrastructure, Uttam and Paloma Sousa (Hansa) decided to create Fundación Asha-Kiran in Spain and Asha-Kiran Shelters Foundation in India, the recipient of the funds raised in Spain.

After studying potential Intervention Projects on the spot, we decided to start by establishing Day Care Centers, spaces where we could support vulnerable children in their day- to-day living, and to open Yashodhara Home, which could take in children with more pressing needs. From these spaces, our aim is to provide a stable direction to their lives and respect to their rights as per the Convention on the Rights of the Child United Nations.

Currently, in addition to caring for a greater number of children at Yashodhara Shelter, we have launched more Day Care Centers that specialize in the care and schooling of the children of migrant construction workers. Also, our Community Development project covers a wide range of services for the children and families living in the slum of Birajdar in Pune. 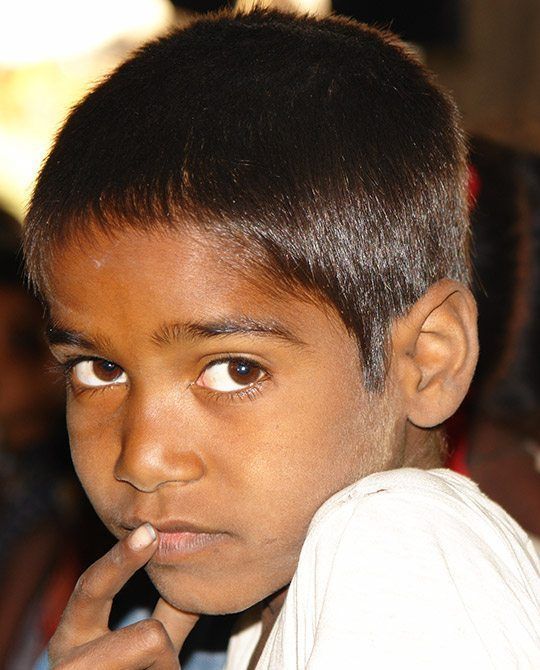 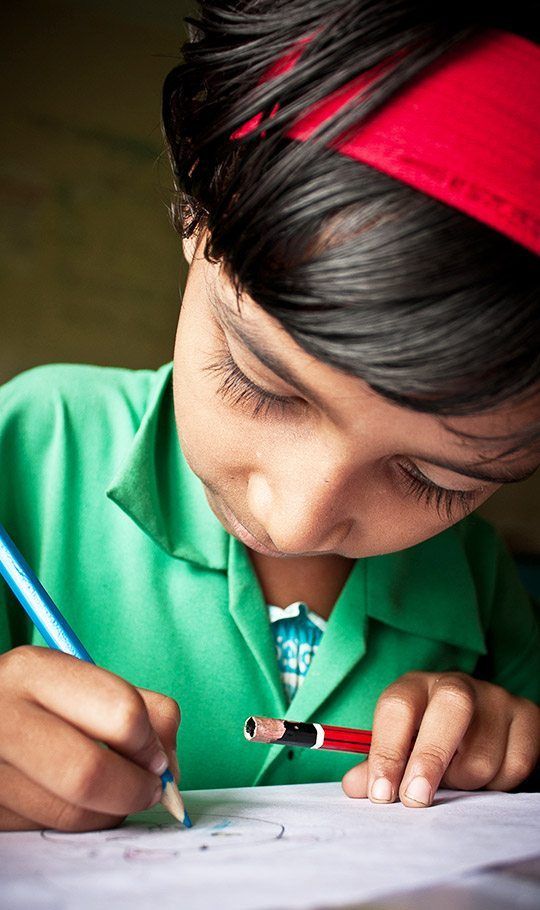 Mission and Vision “Life is a series of individual moments.”

At Asha-Kiran, we understand the importance of meeting the basic needs of every moment, or that they at least not be an obstacle, so that each instant in life can be lived with utmost quality.

Asha-Kiran defines by ‘quality’ the opportunity to feel safe, to make choices, to look forward to the future with full vitality. We believe that the opportunities for development that our social work provides to the children who benefit from this work, can provide them with many ‘quality’ moments.

Fundación Asha-Kiran is an organization formed by people from different political, religious and cultural backgrounds who have come together with the aim of creating HOMES – spaces where vulnerable children in India can count on the love, care, protection, safety and participation opportunities that will allow them to develop vitality and the ability to be happy, features which we consider innate in every human being.

The rights established in the Convention on the Rights of the Child act as a basic and permanent frame of reference for our mission. Attaining our goals necessarily implies developing community development processes that respect the traditions and the culture of the beneficiaries.

We, at Asha-Kiran, work with the hope of building together a world fit for children where they will have the right to be children, to play, to be valued and to learn, to not be adults prematurely, to not have to worry about food or shelter. We believe that a world fit for children is the beginning and also the result of the transformation in the way human beings live.

Can be seen as a deliberate process of speaking out on issues of concern in order to exert some influence on ideas or social groups.

At Asha-Kiran, our main focus is public advocacy, a set of actions with the aim of effectively influencing public policies and to get them implemented in a way that will empower marginalized sections of society.

The networking team at Asha-Kiran endeavors to reach out to different work groups in India with a rights-based approach. Acting as a resource center, we attempt to support and propel other campaigns in the country.. We are currently working on Child Rights, particularly towards the complete abolition of child labor.

Asha-Kiran is a member of the executive committee of CAMPAIGN AGAINST CHILD LABOUR (CACL), which comprises more than 6000 NGOs all over India, and are its conveners for Maharashtra State. Also, we are a key ally of ACTION FOR THE RIGHTS OF CHILD (ARC), a city-based network of around 35 NGO’s working for child rights in Pune. We are a member of TASK FORCE, a work group formed under the Child Labour Prohibition and Regulation Act 2000 (CLPRA), to rescue children below the age of 18 from the clutches of their employers. 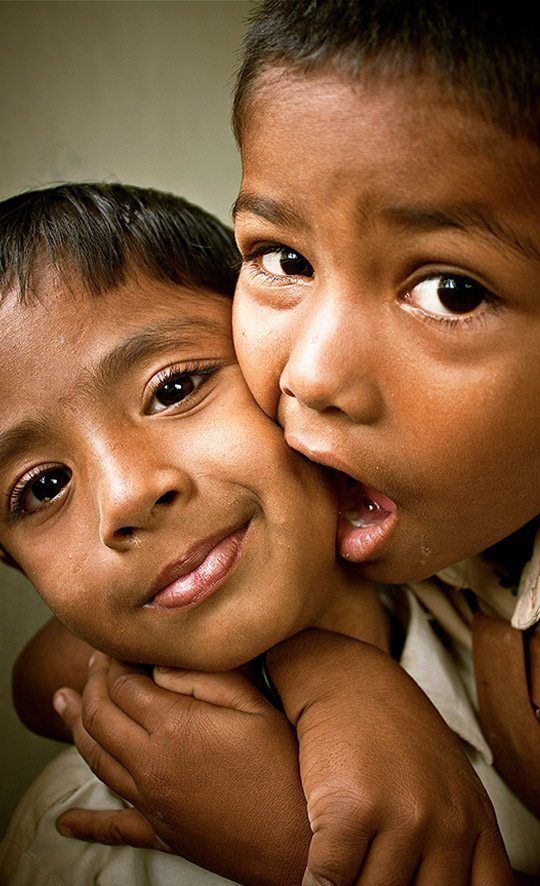 The Board is made up of professionals from different walks of life. Its functions include representing, governing and managing Fundación Asha-Kiran.

Uttam Módenes was born in Donostia (Gipuzkoa). He dedicates his life to teaching and conducting courses, seminars and retreats oriented to transpersonal development through Dance Therapy, Gurdjieff Dances, Yoga and Meditation, in Europe and Latin America.

Since his first trip to India at the age of 19, this country is part of his life.

“India seduced me as it would a young sailor in search of a coastline teeming with life.”

During this first trip, he discovered mystical India, full of smiles, colors and aromas, but also a shocking reality regarding the situation of a large part of the population: poverty, neglect, resignation, unworthiness.

“It’s hard to know India and not question the values that move us in the West”, says Uttam.

In subsequent years, he continued to travel the country, strengthening his emotional bonds with people and adopting a child from the city of Pune. ndia thus became his second home, where he travels regularly. This allows him to be intimately acquainted with the status of a large part of vulnerable populations and children, particularly in Pune.

Fundación Asha-Kiran took shape after the Founders became aware of the impossibility of conducting sustained and fruitful actions in favor of children without a modicum of infrastructure.

Through his work groups, Uttam met Paloma Sousa (Hansa), in 2002. From then on, as Hansa started to travel to India and came into close contact with the reality of the country, she came to share Uttam’s feelings about the feasibility of doing social work there. Together, they decided to establish the Foundation so as to implement actions with vulnerable children.

Paloma Leal Sousa (Hansa) was born in Pías (Zamora), but has lived in Madrid since childhood. She currently directs a cultural services company (TRITOMA S.L.) and a social service association (EDES). Paloma grew up with many lacks and became aware of the suffering that a child may endure at an early age.

“From the age when little girls begin to dream of being princesses, I had the wish of having a very big home where all children who needed it, could be protected and happy.”

Growing up, this wish resulted in various vocational interests. She wanted to be a teacher, to care for children, to explore the field of psychology, etc. But life took her on other paths. She got married, had two children and undertook a shared project: a family company dedicated to social and cultural management.

Always interested in transpersonal growth and human relations, she explored different paths of spiritual work. Through one of them, she met Uttam Módenes and began to travel to India with him, becoming thus acquainted with the reality of this country and especially sensitized to the issue of vulnerable children.

“This feeling made me reconnect with my childhood wish. At that moment, I realized that I was at a point in my life when my situation -personal, family and economically- was optimal to make that deferred dream come true.”

For some time, she tried to support the children who she got to know on her trips to India, but she soon realized the impossibility of carrying out a sustainable and effective action in this regard without a modicum of infrastructure. Thus, Fundación Asha-Kiran Foundation was born in 2006.

“I’m very thankful to have found this path because it has given purpose to an important part of my life.”

She is now pursuing a degree in Social Work.

B.A. in Philology
View her CV

Silvia Benítez Redrejo was born in the city of Torrejón de Ardoz in Madrid.. She got her B.A. in German, with a Minor in English, at Complutense University in Madrid, and works as an English, German and Spanish teacher. She is currently a teacher and a Coordinator in Enterprise Training at Eben Language School.

She has always been interested in relating to people and in growing through these relationships. Her love for India began in 2013, when she went to Pune for the first time as a volunteer for Asha-Kiran, thanks to a friend who put her in contact with Uttam and Hansa. From then on, she goes there every year to see the children in the projects. The culture and the peoples of India enthralled her, and every time she goes back it’s a new learning experience for her. “Having the chance to share activities, ideas, concerns and points of view is truly enriching; it is me who learns from them every time.”.

Silvia is in charge of the summer volunteer group, she carries out activities with the children, designs training sessions for the teachers, organizes events in Spain, and is part of the Board of Fundación Asha-Kiran.

She is currently taking an Intervention Course in gender violence, and another one in Conflict Resolution.

Businesses play a veryimportant role in society, not only as generators of wealth, but as agents for community development. Therefore, companies should not only have financial goals, but also social and environmental ones.

Corporate Social Responsibility is an active, responsible and voluntary contribution of business to socioeconomic improvement and environmental preservation.

We appreciate the support that the following public and private entities provide to us:

Asha-Kiran Shelters Foundation is the name of Fundación Asha-Kiran in India.

We have our own legal structure in the country in order to carry out projects in India, without relying on other organizations.