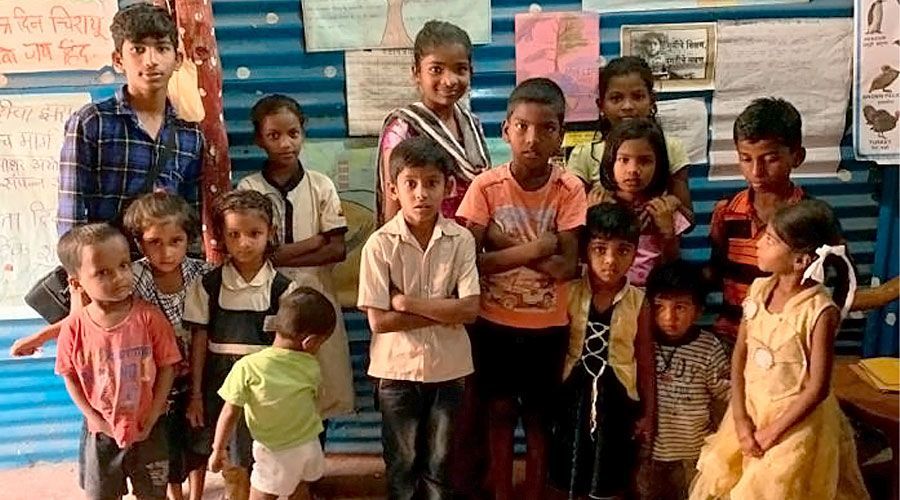 Latest news from India: We continue to care in confinement.

All of our team of professionals in India, as well as the beneficiaries of our projects, are doing just fine.

Asha-Kiran’s team in India is doing a wonderful job of following up on the projects and making sure that all the people involved are in an optimum state of health and care. Regular check-ups are being done and several awareness and hygiene campaigns have been carried out over the past few weeks.

Our kitchens remain open, while taking extreme precautions, to ensure that the food reaches the most vulnerable families, and that all of them can count on our protection and support.
In Spain, we are in constant touch with our team in India through virtual meetings and, fortunately, everything is going perfectly so far!

The figures, as of today, speak of 423 cases and 20 deaths in the entire state of Maharashtra, where the city of Pune and our projects are located. On March 24th, the government ordered a lockdown of 21 days for the entire country, hoping that this would curb the spread of the epidemic.

In recent days, heartbreaking images have emerged of thousands of migrant workers heading for their villages, which sometimes involved walking hundreds of miles on foot. The movement was caused by the Indian government’s sudden decision to impose confinement nationwide.

Migrant workers who lost their jobs in the cities and had no money to buy food felt they had no other option to survive than to return to their villages, even if it meant walking there. This has resulted in chaos, hunger and deaths.

The country used brute force to enforce these rules. There have been numerous reports of assaults by the police and, in some cases, they are said to have shot people who violated the confinement laws. Some people were simply buying food or were migrant workers. India is said to have instituted the strictest Covid-19 lockdown in the world.

Go to our Old Blog